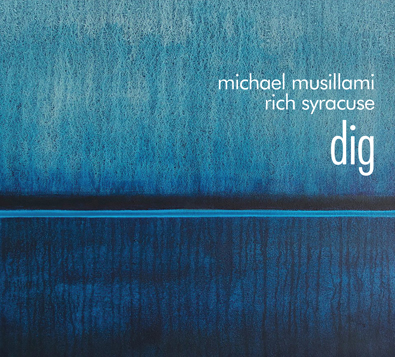 After continually adding music composed or inspired by Bill Evans to their live performance repertoire, Musillami and Syracuse felt a strong desire to document an open and expansive vision of Evans often played pieces. The duo, manipulating harmonic content, time and color wanted to put their stamp on the music they had been listening to for 40+ years.

In veteran pianist Peter Madsen's liner notes, composed for this release, he writes, "For me the artistic expression of inner feelings through music reached a highpoint with the playing of this genius poet of the piano! Bill Evans presence in the jazz world through his improvisations and compositions has strongly affected not only pianists but also musicians on all instruments who strive to follow in his path of beauty, creativity and deep communication. The CD you are now holding is a perfect example demonstrating how his influence has motivated two great musicians of today to honor the great Bill Evans by using his compositions and pieces he has made famous as vehicles for their creative musical explorations! On this CD, brilliant guitarist Michael Musillami and creative double bassist Rich Syracuse dig deep into standards like Blue in Green, Nardis and All Blues as well as some not so famous masterpieces like 12 Tone Tune, Bill's Hit Tune and How My Heart Sings."

"The CD’s second track, Twelve Tone Tune takes the listener on an open-ended avant-romp that tugs on the strings of convention," says Musillami. "On Nardis, written by Miles Davis and one of my favorite pieces, we deconstructed the song form to suit the moment with unpredictable results. Even Rich and I were surprised at the roadmap we created on the spot."

Below are a few clips from a live session with Michael Musillami and Rich Syracuse performing in February 2019: