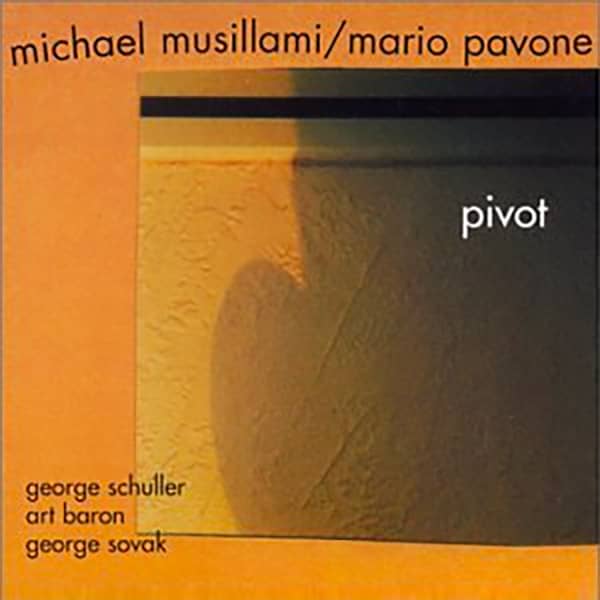 Between them [Musillami and Pavone] craft a program with a flavor of the modernist 50’s: Mingus, George Russell, and Gil Evans — while retaining their own identities through some inventive arrangement techniques and 21st century ensemble sound and record production.
— James Beaudreau, Signal to Noise

While mostly tonal, the frames that Pavone and Musillami set up make plenty of room for improvisation both with and without chords and certainly encourage ideas that stray from the map. A restrained, funky vibe is guided by George Schuller's steady hand at the drums and the quintet's skill at listening, reacting, and working toward collective goals.
— Sound Tracks, NewMusicBox

Musillami and Pavone share a certain approach to jazz in which the straight-ahead tradition of swing, changes, and song arrangements receives high priority. Yet at the same they constantly strive to stretch the rules and break down boundaries. The give and take is where the sparks fly.
— Nils Jacobson, AllAboutJazz

Made up of a series of post-bop excursions, written, except for one group improvisation, by the bassist or guitarist, this CD lives up to its appellation as do the musicians. Fearful types shouldn't be frightened by talk of experimentation, since nearly everything the five play here has a buoyant, swinging base. But at the same time it's done at the highest level of professionalism, so that the 10 numbers won't turn off the most committed musos.
— Ken Waxman, Jazz Weekly

This witty quintet fronted by guitarist Michael Musillami and bassist Mario Pavone evince as joyful precision as they toy with tradition. This is a band that delivers the fundamental satisfactions of swinging jazz, even as they defy its conventions.
— Ed Hazell, Boston Phoenix

...the arrangements are wonderfully transparent, throwing all the voices into view, while things move with a swift forward motion. Listen to Pavone's 'Bella at Six' with Sovak's soprano turn, or 'Drop Op', with its swinging guitar and Baron's magnificent bellowing trombone.
— Greg Buium, DownBeat

[Michael Musillami and Mario Pavone] are good writers and better soloists, giving the music a cohesive sense of mystery and wonder. Mix it all together and the results are a taut and lively session, easily recommended.
— Stuart Kremsky, IAJRC Journal

Pivot is the perfect title for a jazz disc that is powered by stellar playing that takes numerous risks with odd time signatures and wild changes of direction. On the whole, Pivot is packed with tasty bits of extemporaneous playing. Its beauty, though, is in the fiery grooves and boisterous rhythms.
— Mike Ryan, Boston Herald

The musicians are most definitely up to something here via an abundance of strong soloing spots, ascending movements and an airy, group sound.
— Glenn Astarita, All Music Guide

There's a tremendously high level of musicianship presented on Pivot. The music also has a cohesiveness and flair that's reflective of a genuine band rather than that of a haphazard all-star session, mostly due to the outstanding rhythm section of bassist/co-leader Mario Pavone and drummer George Schuller. They just don't fill in behind the frontline; they contribute strong, vital foundations for the other players.
— Ron Wynn, JazzTimes